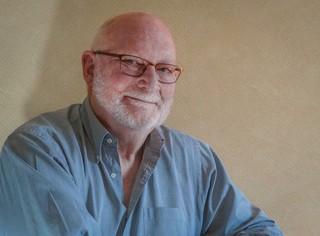 John is an Episcopal priest and licensed Marriage and Family therapist. Born and raised in Southern California, John attended Willamette University in Salem, Oregon during the '60s. He attended Virginia Theological Seminary in Alexandria, Virginia from 1967-1971. While in seminary he interned in the office of Senator Philip Hart of Michigan.

The first church he served was St. Paul's Episcopal Church, San Diego. After four years he was called to be rector of St. Luke's, Monrovia.

Because of the influence of his dreams, John returned to graduate school to study psychology. He earned his Master's degree from Antioch University, Los Angeles. During this time John also studied at the C.G. Jung Institute in Los Angeles.

With the publication of Inner Treasure in 1989, John became a member of the Authors Guild of America. In January 2010 God and Dreams: Is There a Connection? was published.

From 1980 until 1994 John was in private practice as a psychotherapist in Carlsbad, California. From 1994 to 2001 he was the Executive Director of the Samaritan Counseling Center of Greater Sacramento. In 1999 he was honored by being named a Sacramento Hero in Healthcare. In 2001 he reestablished his private practice.

In 2013 John retired and moved to San Diego to be with his children, play pickleball, and focus on his writing. In 2015 he published Hangtown, book one in the Hangtown series. 2018 saw the publication of Hangtown, Secrets & Schemes, book two in the series. John is currently polishing Hangtown, The Dark Night. It will be available at the end of 2020.

John is married to Barbara Lynn (Dunn) and together they have six children and nine grandchildren.